Click here for my Dark Horse Comics store and buy my stupid comics!

You can email me at ricardodelgadoart@gmail.com 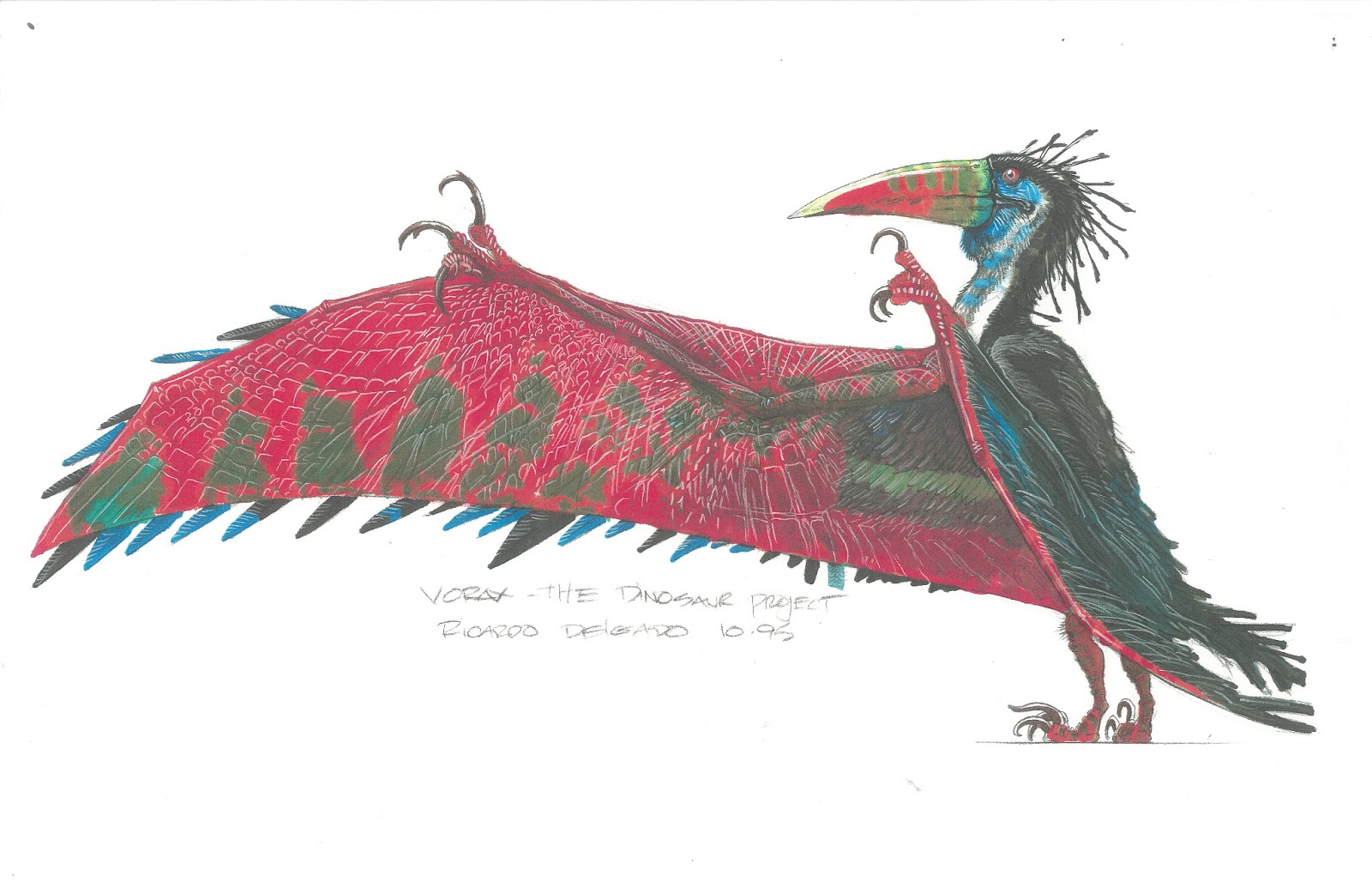 At a certain point, scientific accuracy and attention to placing species in an accurate time period were thrown out the window, and under that climate I generated this image. This was for a minor character called Vorax which ended up being axed from the story.

On another level, a framed version of this image hung in the lobby in one of the other buildings that Disney used to house their feature animation productions. I think I was on Atlantis at the time, and it was funny for me to see that image up on the wall, and it made me on a few occasion think about how far I had come in my life, to go from being a kid with not a lot to hanging in in the lobby of a Disney building.
Posted by Jake Gittes at 8:31 PM